Why You Won’t Find My Husband Online 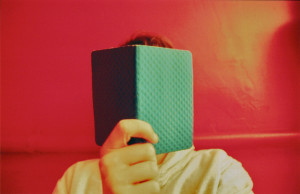 As a writer (you’ll find me at U.S. News, Money Talks News and Money-Rates among others), I’m not ashamed to say I Google myself quite regularly. I’m not too particularly interested in what people are saying about me; I’m more concerned with who might be illegally copying articles to their site.

(As an aside, I never, ever read the comments on my articles. I learned early on that online commenters are often mean and petty. It’s not worth subjecting myself to insults and anger to find the one intelligent comment that may exist on an article.)

Anyway, at the start of my career, Google would let me type in my name and never tried to autocomplete it. After time, “Maryalene LaPonsie Email” started popping up. Now, in addition to “email,” I also get “husband.” Unfortunately, those searching for “Maryalene LaPonsie husband” aren’t going to find much.

You can’t see me

My husband was an intensely private person. He wasn’t quite to the point of making a tin foil hat, but he definitely didn’t think there was any reason people should be able to type in his name and have his life pop up before them. So no Facebook, no LinkedIn, no Twitter, no Flickr. He refused a Care Page when he was sick and asked me not to tell my Facebook friends about his illness until the day he died. Really, other than an obituary and a high school track record, he left virtually no digital trace.

He is, I am quite sure, happy about that.

While I can’t speak for everyone who’s experienced a loss, I can say that I was desperate to find (and cling to) any trace of my husband after he was gone. His cancer took away his voice months before it took away his life, and I had no voice mail messages from him. The text messages on my phone were all a variation of the same theme: it’s time for pain meds, I don’t feel good, help me please.

I Googled his name, his Xbox gamer tag and his email plus any user handle I thought he might possibly have created. Other than a few short posts on an Android tech support board, I got nothing. I hacked into his email, secretly hoping he may have belonged to some online community I didn’t know about. But there was still nothing.

Nothing that would let me hear his words – listen to his thoughts – once more.

Respecting his wishes…past the grave

As a chronic over-sharer, my husband’s strong desire for privacy leaves me in a bit of a conundrum.

While imperfect, I like to think my husband was pretty darn awesome. I want to plaster his photo all over the internet and shout his praises to anyone who will listen. Unfortunately, he would be mortified by such attention.

Instead, I’ve decided I should continue on under the same arrangement we had when he was alive. He would have preferred I never told any of my IRL friends about his cancer, but he understood I needed an outlet of my own to process what our family was going through. Our unofficial rule was that I could talk about him when I needed to talk about me.

Does that make sense? I could talk about him when I needed to talk about me.

I’m not sure how else to put it, but in practice, it means that I’m not telling my husband’s story. I’m telling my story and including my husband as he relates to me. It also means, for at least the time being, I’ve decided not post any photos of him (even though I’m dying to share this great pic on him on his favorite motorcycle).

It’s a fine line, and it feels a little hazy at times.

Here’s the bottom line: I’m cut from a different cloth than my husband so I don’t understand his need for privacy, but I don’t have to understand it to respect it.

P.S. If you ran across this post while searching for “Maryalene LaPonsie email,” be aware that while I think there is an email address connected to this domain, I’m not sure how to access it yet (details aren’t my specialty). Until I figure it out, feel free to connect with me on Google+.

Success! Now check your email to confirm your subscription.

In a former life, I was a legislative staffer. Now, I am a personal finance writer, mother of five and keeper of memories for my late husband.